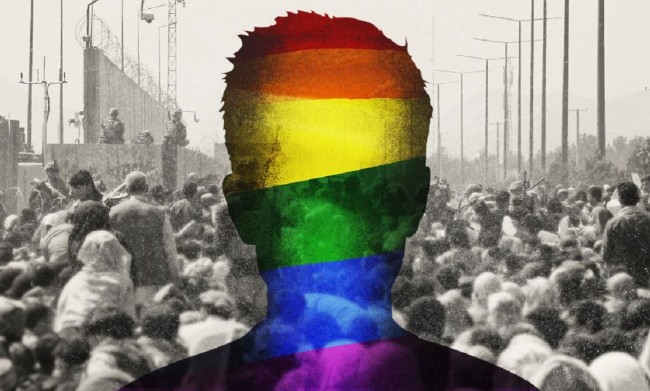 Since the Taliban took control of Afghanistan at the end of August, the persecution of the country’s LGBT+ community has ramped up – forcing many to live in hiding, fearing for their lives.

“We have received reports of names of suspected LGBTQI people circulating,” said the head of the Rainbow Railroad, a Canadian NGO helping under-threat Afghans to flee into exile.

The situation for the LGBT+ community in Afghanistan has never been easy. Same-sex relations have always been taboo in the Muslim-majority country, where – even under the former Western-backed government – non-heterosexual relations were illegal and could lead to up to two years in prison.

But since the Taliban came to power after the US military withdrawal on August 30, the situation has deteriorated rapidly. Although the militant group has not yet officially said how it plans to deal with acts of homosexuality, reports are increasingly suggesting that the Taliban is applying a strict interpretation of Sharia law, under which same-sex relations may be punishable by death.

For a long time, the international community has felt powerless, but nowILGA Asia partners have launched an emergency program to deliver urgent aid to LGBT + people they have identified as extremely at risk and trapped in Afghanistan.

“Since the Taliban took power in Afghanistan, life has become like a prison for LGBT + Afghans. They live in constant fear and their life is in danger: under Taliban rule, homosexuality is punished with death and “Honor killings” are often practiced. When we learned of ILGA Asia’s emergency program it was clear that this could be the only hope for many LGBT + people in Afghanistan and we took action. “, says Yuri Guaiana, Senior Campaign Manager at All Out.

“The LGBT + people I am in contact with in Afghanistan live extremely isolated lives. Many are afraid to leave their homes. I have personally heard the stories of people who have been abused by the Taliban, as well as their families. People who suffer in the body and mind. People who sometimes have nothing to dress or eat. Some are on the run, others are hiding, others have attempted suicide. But what they all have in common is fear, the terror of being killed because LGBT +. To assist LGBT + Afghan people we need everyone’s help to find the necessary resources “says Henry Koh, executive director of ILGA Asia.

ILGA Asia can help those in danger stay safe while waiting to leave the country.

But to do so, he needs our help right away. Make a donation today to urgently help LGBT + people in Afghanistan.