A different Gay Pride in Paris 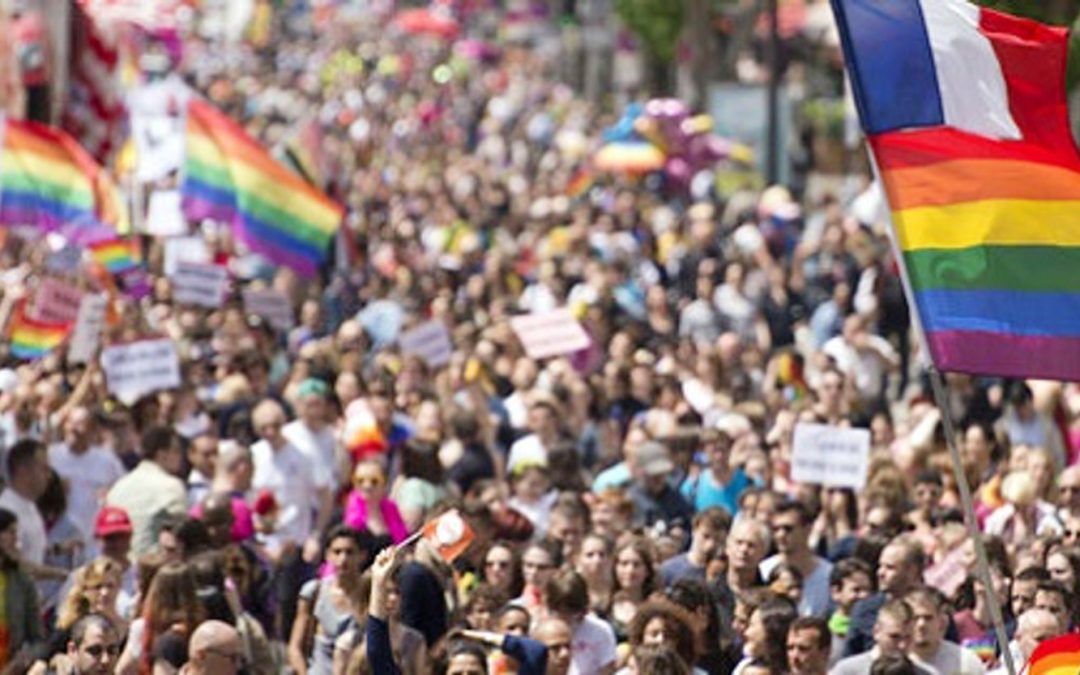 ‘Our pride is political’: Thousands march in Paris for LGBT rights

They also protested police violence and demanded more political actions on behalf of migrants, sex workers and other marginalised members of the lesbian, gay, bisexual, transgender and queer community.

While the French capital’s official Pride parade was delayed until November to prevent spread of the coronavirus, thousands of people turned out anyway Saturday for a festive, politically driven march that echoed themes of recent global protests against racial injustice.

Many wore masks among the diverse crow that marched peacefully from the Pigalle neighbourhood in northern Paris to Republique plaza in the east.

Douce Dibondo, 26, a journalist who hosts a podcast that highlights voices of people of colour and the LGBTQ community said previous Pride didn’t resonate with her.

Dibondo said she saw herself in this more political and radical Pride.

The virus has forced cities around the world to cancel, postpone or adapt Pride parades this year, frustrating activists who want to collectively mark the 50th anniversary of a global movement for LGBTQ rights unleashed by the first Pride march in New York City in 1970.

The first Pride march took place June 28, 1970, led by trans women of colour, a year after the 1969 uprisings at the Stonewall Inn, a gay bar in New York.