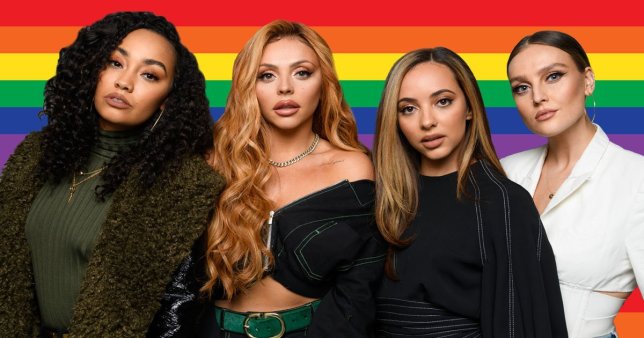 Despite homosexuality is illegal in the United Arab Emirates and even punishable by ten years in prison, in Dubai, last weekend, the British Little Mix girl group made up of Perrie Edwards, Jade Thirlwall, Leigh-Anne Pinnock and Jesy Nelson, gave a clear pro signal to LGBTQ + rights by defying the law of the United Arab Emirates and showing behind them, through the big screen, a huge rainbow flag accompanied by their song ” Secret Love Song ”. The lyric talks about love that cannot be lived in normality as everyone watch it, not being able to hug each other on the street or kissing each other on the dance floor. Their single became quickly very iconic and also an anthem for the LGBTQ + community. In their concerts, the Little Mixes started performing on stage with the raimbow colors , just as at the Media City Ampitheatre in Dubai . They did a really revolutionary gesture telling to the crowd to sing together because it “means a lot to us”. It showed the interest on being close to the whole community. What made the perfromance so important is that they sang a song about having the right to love who they love, and they did it in a place where homosexuality is still illegal.