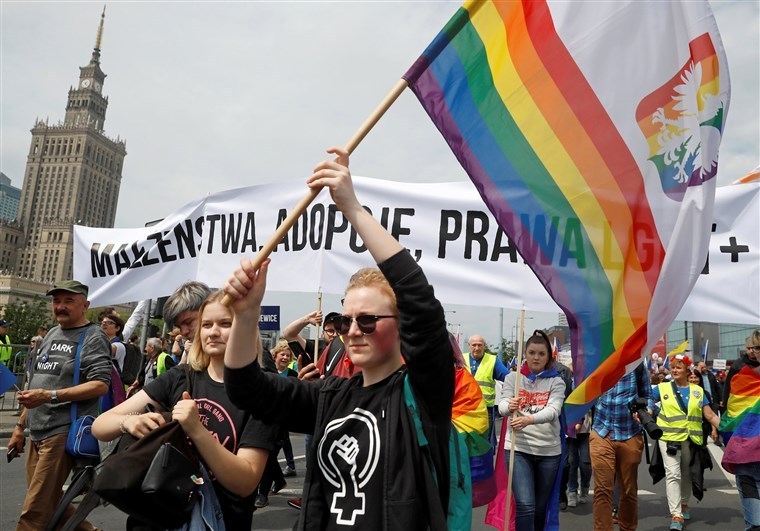 . Jaroslaw Kaczyński, leader of the ruling party in Poland, Freedom and Justice, defines LGBTI people as a “threat to the Polish identity, for the nation”. His party colleague Elżbieta Kruk went on to say: “I think Poland should be a “LGBT free” region. Like what has been happening in Russia, they are trying to turn LGBTI people into a fake “internal enemy”, just as many in Poland are beginning to open their minds and hearts: the latest polls say that today the majority of Poles approves civil unions between persons of the same sex. This concerns us very closely, not only because Poland is a member of the European Union, but because regimes tend to imitate. In collaboration with the Polish LGBTI association Kampania Przeciw Homofobii – KPH (Campaign against homophobia) and Lambda Warszawa, the international All Out association has launched an international campaign to demand condemnation of these attacks by EU leaders. Over 45,000 people have already joined. You can sign here too: https://action.allout.org/en/a/poland