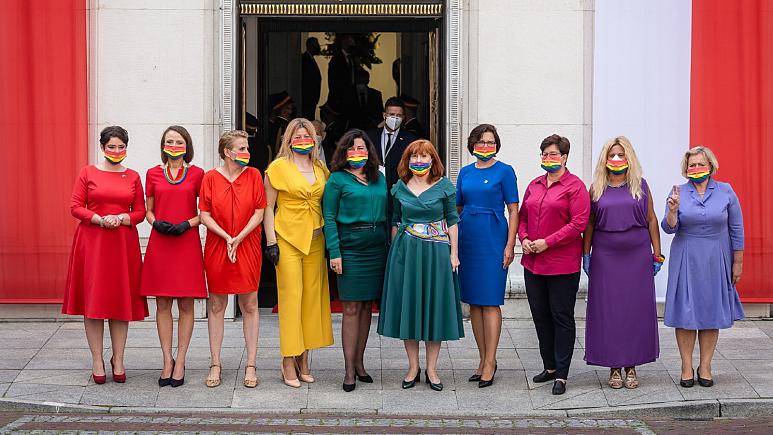 Elected representatives — including members of the liberal Razem party — were pictured wearing bright colours and rainbow masks outside the ceremony in Warsaw.

Some even held up copies of the constitution to signal their belief that the president has violated the country’s legal protections.

“The President of the Republic of Poland should protect the welfare of all citizens,” tweeted Razem MP Magda Biejat.

During last month’s election campaign, President Duda — an ally of the ruling conservative Law and Justice party — said the promotion of LGBT rights was an ideology more harmful than communism.

He was re-elected as Poland’s president for a second five-year term, winning 51% of the vote in a tight battle with Warsaw mayor Rafał Trzaskowski.

Members of the Law and Justice party were seen chanting their support for the president on Thursday outside the lower house of parliament.

WOJTEK RADWANSKI / AFP or licensors
LeLeft-wing parliamentarians are seen dressed in colours of the rainbow during President Duda’s swearing-in ceremony or licensors.
But a number of opposition MPs and former presidents did not turn up for the ceremony, held during the COVID-19 pandemic.

Several cities in Poland have recently declared themselves “LGBT-free” amid backlash from the European Union.

On Wednesday, Warsaw police confirmed a third person had been arrested for hanging rainbow flags over religious monuments, including the statue of Christ at the Basilica of the Holy Cross.

Poland’s prime minister, Mateusz Morawiecki, described it on Facebook as “an act of vandalism” that was aimed at dividing society.

Law and Justice party’s policies have also put Poland at odds with the EU over the rule of law and democracy in the country.

At his swearing-in, President Duda vowed to maintain openness to all groups and political parties, while also stressing the need to protect the family in Polish society.

Duda added that the high turnout of 65% in last month’s election was a sign that Poland’s strong democracy.

His campaign rival Trzaskowski did not attend the ceremony on Thursday. 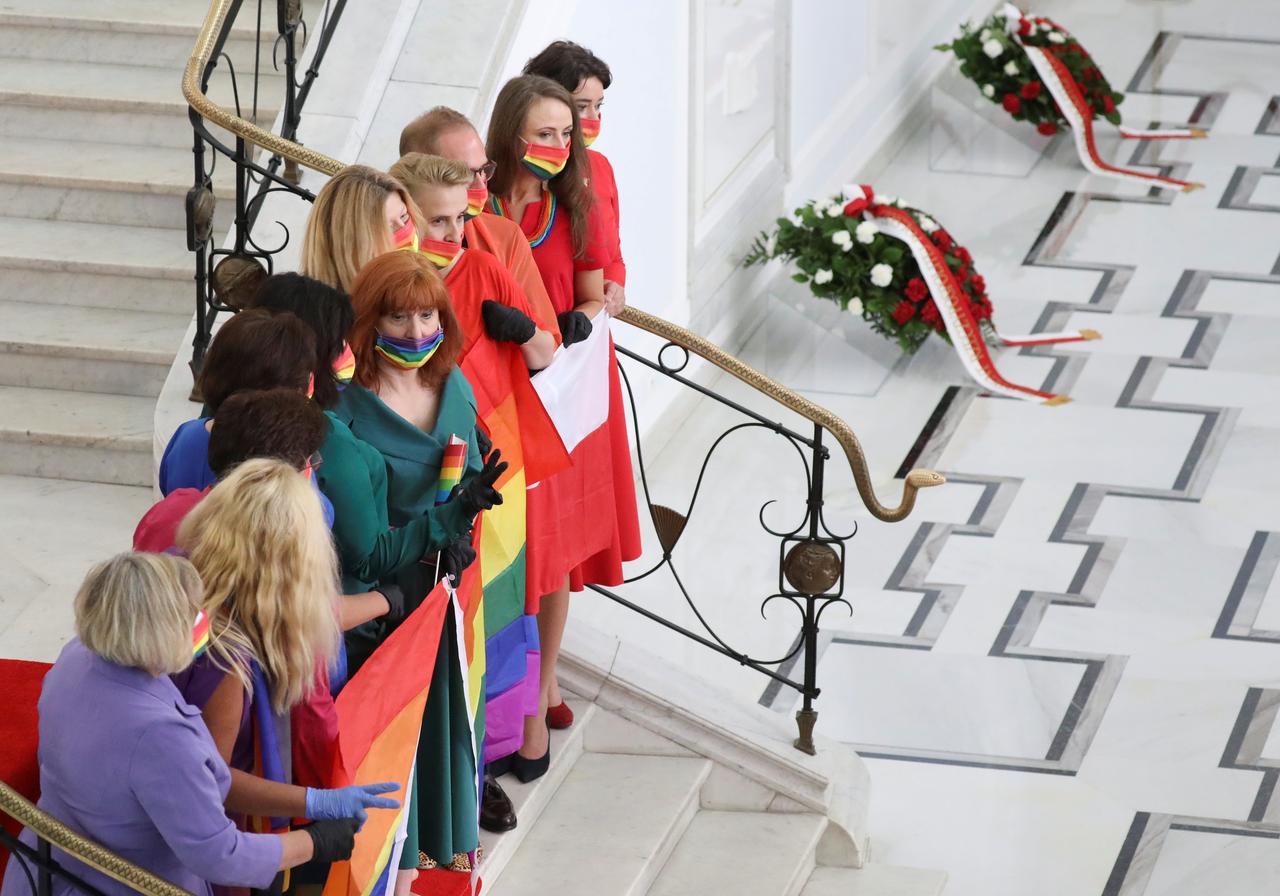