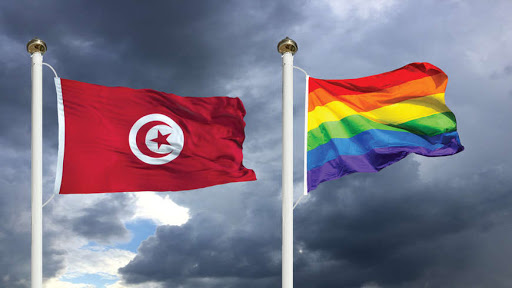 Tunisia has become the first Arab country to recognize a same-sex marriage, an LGBT rights group has claimed.
Equal rights group, Shams, says a 26-year-old Tunisian has been authorized to register his marriage that had taken place in France on his birth certificate.

Maybe we celebrated too quickly:
Homosexuality is illegal in Tunisia, punishable with up to three years in prison.

UK activist Peter Tatchell said the news would be a ‘breakthrough’ for LGBT people in the Middle East and North Africa if it is confirmed.
Mounir Baatour, president of the Tunisian LGBTQ+ group Sham had claimed that a marriage between the French and Tunisian men had been recognized by the government when a local Tunisian clerk had entered the French man’s name as the Tunisian man’s husband on official government paperwork.

Baatour wrote on Sham’s Facebook page: “While homosexuality is still punished with prison in Tunisia, and several gay people are currently in Tunisian prisons, a gay marriage has just been included in the birth certificate of a Tunisian”

Tunisia, however, has denied becoming the first Arab government to honor same-sex marriage.
Local affairs minister Lotfi Zitoun publicly denied that the Tunisian authorities had legally recognized the homosexual union after the gay rights group “Shams” made the world news by celebrating the marriage of two men.

The minister said that same-sex marriage is “against the law”, citing the statutes implemented by the French during the colonial period.
‘French law does not allow recognition of same-sex marriage by Maghreb countries’ said Zitoun.
Shams announced on Facebook that it was thought to be the first gay marriage in the Arab world, with global recognition:
‘For first time in the history of Tunisia and the Arab world, a gay marriage contract between a man of French nationality and another of Tunisian nationality is officially recognized in Tunisia.’
But Tunisian minister Zitoun has cooled the enthusiasm by saying: ‘If that’s true, know that it’s against the law. There was a precedent, a mistake made by the municipality of Tunis. It has been corrected
He added the Tunisian Government is ‘in the process of verifying the information’ as there is no ‘centralization of civil status data,’ according to a Nawaat report.