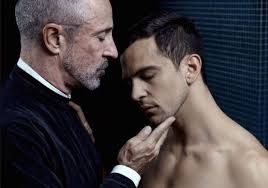 The Vatican seen as a large gay community. In the explosive book “In the Closet of the Vatican”, the author Frederic Martel tells a hidden gay culture and declares the hypocrisy of Catholic bishops and cardinals who publicly denounce homosexuality with a double private life.

Martel says that the doors were opened by an important member of the Vatican and a friend of Pope Francis, who was the object of the famous observation of the pontiff on gay priests, “Who am I to judge?”

In an interview in a hotel in Paris on Friday, Martel said it was easier for him, as a gay foreigner, to gain the confidence of who was in the Vatican than it would have been for an Italian journalist or a Vatican expert.

Overall, Martel claims to have conducted nearly 1,500 in-person interviews with about 150 high-ranking individuals within the Roman Catholic Church.

The Vatican has not yet issued a statement in response to the book or a denial.